The Common Core Standards (CCSS) aren't just about ELA and math time on learning, they come alive in the context of a science, technology, and engineering classroom. Developing proficiency with CCSS in the context of STEM is a win-win that enriches all disciplines and gives students an applied appreciation for technical writing and applied math.

In a well-developed science and engineering lesson, students are asking questions and defining problems, developing models as well as using them, planning investigations as well as simply carrying them out. They are arguing from evidence and constructing explanations. The Next Generation Science Standards give greater context for literacy and for math, and so in some ways, the NGSS can assist the learning of both math and ELA. The Common Core standards can now play out in the context of science.

Next Generation Science Standards in the classroom, if they're properly reflected in curriculum, are the place where these ELA Common Core technical subject standards can play out. There are far more examples than the ones above, of course, but these make the point quite eloquently: the Next Generation Science Standards are a place for Common Core standards to come alive. However, this requires understanding Common Core ELA standards and making sure your resources reflect that. 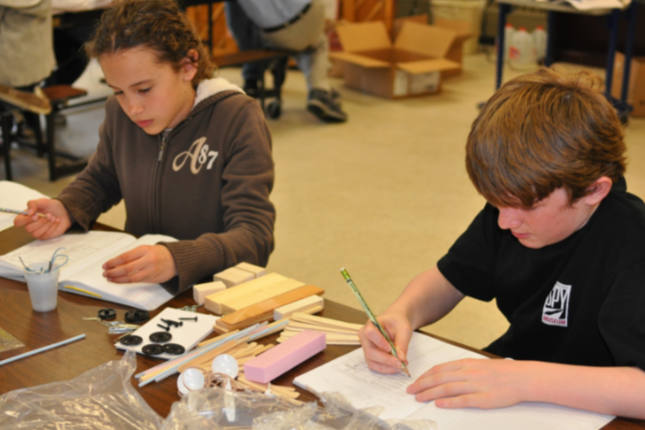 Students do more than simply use models provided to them, or carry out investigations already planned for them. By creating models themselves, heading investigations themselves, and actually acting as scientists and researchers do, they engage much more richly with the materials and cement concepts and skills more readily.

On top of that, teachers and administrators must also understand what the environment looks like for math. The math practices developed and given here are specific to math, but there’s a lot of overlap when it comes to science and engineering.

Those eight science and engineering practices are in many ways strongly linked with math practices, and draw upon many of the same higher thinking skills:

These are all parts of executing work as a scientist or an engineer … or even as a student in that classroom. Being in that role and the resources used in that curriculum have to reflect this. If they don't, then you're not making use of your science time to achieve Common Core math goals, and that is a woeful misuse of time. It may end up meaning you fall short on the ELA side as well.

These are major missed opportunities, and outcomes you want to avoid. In essence, bringing science and engineering practices into the teaching of science provides a home for ELA and math in the classroom environment, where students can be scientists and engineers in a student-centered environment. This model does away with facts memorization and the recall model of instruction, and instead introduces a rich, meaningful context for students to learn to become the next generation of STEM workers.

That’s why your resources have to reflect these practices and have to truly speak to the Next Generation Science Standards, and encompass math and ELA standards as well.