STEAM, The Arts as Engineered Communication 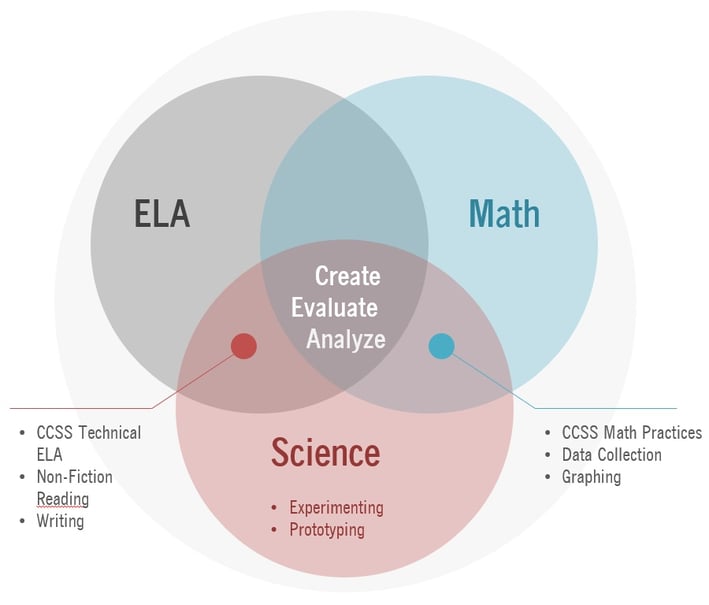 The overlap between language arts, science and engineering, and math comes in the middle of this three-way Venn diagram, where creation, evaluation and analysis occur.

Art is engineered communication. Most people when they get involved with STEAM think that it's about students making things pretty or developing an aesthetic. By taking that aesthetic approach, unfortunately, the very immediate result is a reduction of art to the level of crafting. Art is instead engineered communication. If you look historically at famous artists, people who are looked up to in their discipline, those are people who mastered communication – and they did so by creating, evaluating, and analyzing, and being able to project a message through a medium such a music, the written word, painting, sculpture and so on. 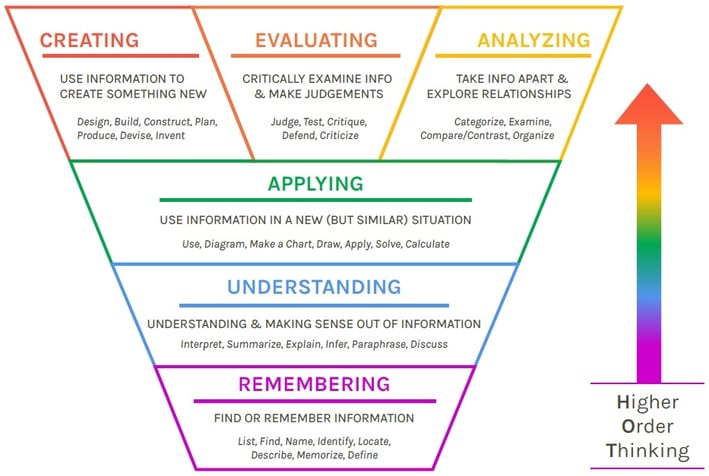 Creating is a crucial higher order thinking skill, and art places a very heavy emphasis on creation with the purpose of conveying a message from the maker, and evaluation and analysis required of viewer.

You can see this point well illustrated in Pablo Picasso's work. The artist lived in exile, and one might argue he therefore wasn't communicating with many people. Moreover, he had an aesthetic that many people found and find disagreeable, and therefore it might be tempting to assume his work has little value. But if we examine real-life examples of his work, we see that neither of these suppositions is true: Whether or not you appreciate the aesthetics of his work, Pablo Picasso was a master communicator both in his own time and to later ages.

Take as an example the painting Guernica. In classic Picasso style, the images are jumbled and disjointed, but you can clearly see women, children, and animals, all in some stage of distress or agony. They are inside what appears to be a village or a group of houses, alone and together suffering. While at first the painting might appear disordered, it is actually a highly proficient commentary on the atrocities committed in Guernica, Spain, by a fascist leader, communicating to the world the absurdity of ignorance and lack of action, and its effect on people in Guernica and on places like it.

As the story goes, this fascists came to Picasso after seeing his work and asked, "What did you do?" And Picasso replied, "I didn't do it. You did."

That exchange shows just how skillful a communicator Pablo Picasso was. He took an idea. He evaluated and analyzed a situation. He created a message through painting and projected it out to the world. He was able to do so skillfully to try and solve the problem of the atrocities that were being created by motivating national players to get involved and to stop it. That is an incredible mobilization of his creative, analytical, and evaluative resources—the same thinking skills we are developing in our students as young scientists and engineers.

To bring this back around to the classroom, students can absolutely be challenged to do something similar, to look at a problem and design a solution through art, or to ask a question and try to solve it through an artistic medium. In our next article we will return to the idea of claim-evidence-reasoning and take a look at exactly how it fits within the scientific process in today's NGSS-aligned classroom.