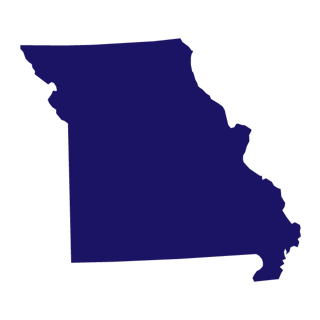 Rather than understanding an increase in the expectations for student performance, aimed at college and career readiness for all students, this parent criticizes the Common Core as a “monstrosity of ed reform.”

However, this is a case of simple misunderstanding, leading to misinformation that will cause further misunderstanding. The crucial piece to keep in mind when looking at the worksheet (used in this blog post to prove the inefficacy of NGSS) is that it, as well as the video to which it is related, are not aligned to the Next Generation Science Standards. There is no aspect of the worksheet which requires students to perform the expectations, or any aspect of the 3 dimensions of NGSS. Rather, this is an old model of projecting information and expecting recall fill-in-the-blanks that NGSS is specifically trying to move away from.

It is not so much a question of whether or not the standards themselves are bad. Standards only say what students should be able to demonstrate, not how teachers should teach. The fact that a teacher would show videos and pass out worksheets does not prove that NGSS is ineffective or outdated, it is merely evidence that some parents and bloggers (and perhaps educators) think NGSS can be accomplished with videos and worksheets in classrooms.

In fact, there has been widespread recognition that teachers will need to scrap old resources in favor of new, specially created NGSS-aligned ones. Only when students are developing and using the content, with science and engineering practices, will the California and Missouri Science Curriculum reflect the true intent of these next generation standards, which is to give students the true skills needed to become scientists and engineers in the new era.

Despite this parent's view, California as a whole has shown great support for the standards over the last few years, joining as a partner state to design the standards along with National Research Council, the National Science Teachers Association, the American Association for the Advancement of Science, and Achieve. California schools and districts are still working to implement the new standards within their curriculum. However, note that the phrase working to implement is not the same as has implemented, which means that some classrooms – like the one helmed by this 8th grade science teacher – have not caught up yet.

Missouri, for its part, has not yet joined the growing group of states who have adopted NGSS and is still using the old Missouri Science Standards, but when it does its next standards review, Missouri classrooms will need to incorporate the science and engineering practices, crosscutting concepts and disciplinary core ideas of NGSS. Note that the worksheet used to criticize NGSS exhibits none of the three dimensions of the Next Generation Science Standards, is therefore not aligned to the new standards, and cannot be said to be an example of well-aligned next generation science curriculum.

If you would like an example of what curriculum aligned to the Next Generation Science Standards should truly look like in states that have adopted them, you can check out our sample download here. We follow EQuIP and PEEC guidelines for all our materials, and strive to create meaningful content that teachers can use to create excellent learning experiences for K-12 students.