New Alabama Science Standards a Resource for A+ Curriculum 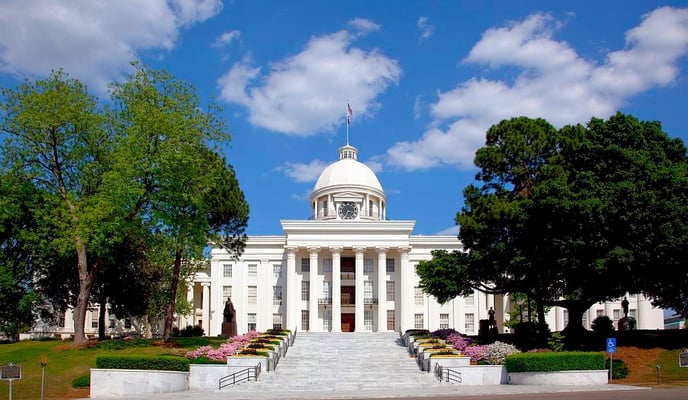 On September 10, 2015, the Alabama Board of Education voted unanimously to replace its K-12 science standards with new ones informed by the Next Generation Science Standards. The new Alabama Science Curriculum will require students to meet a variety of standards, including those related to climate change and evolution, subjects the state has historically been loath to teach.

After 10 years without a state-mandated requirement that educators teach climate change, this long-debated subject is back on the books. The same goes for evolution, which some factions in Alabama have historically been rather unfriendly toward, resulting in a lukewarm at best approach to teaching a subject NGSS refers to as “established scientific knowledge.”

Despite this fact, pushing the new standards through has been relatively easy, given the backing of the Alabama Science Teachers Association. Also helpful is the fact that throughout the process, people who spoke at public hearings were required to raise objectives about specific standards rather than opposing the entire effort. Those in the evolution and climate change camps haven’t won a complete victory however, as the resulting Alabama Science Standards don’t specifically state humans as the main cause of climate change.

Instead, standards use language such as “describe how various human activities (e.g., use of fossil fuels, creation of urban heat islands, agricultural practices) and natural processes (e.g., solar radiation, greenhouse effect, volcanic activity) may cause changes in local and global temperatures over time.” The side-by-side comparison of human and natural activities may seem a bit soft to some, but most sources are simply excited the state has a requirement at all.

The language of the standards is very specific, requiring students be able to perform expectations that include describing complex ideas. For instance, according to one standard, they must be able to “analyze and interpret data and climate models to predict how global or regional climate change can affect Earth’s systems (e.g., precipitation and temperature and their associated impacts on sea level, glacial ice volumes, and atmosphere and ocean composition).”

Alabama’s teachers have shown a great deal of support for the changes.

"You might not accept it, but that doesn't change the fact," science teacher Ryan Reardon told NPR. "Talking about evolution in a classroom is controversial, but there is no controversy about how all the organisms on the planet are related to each other."

In other words, it’s not the fact of evolution that is in dispute, but rather whether or not it ought to be taught in classrooms. The state’s stand that it should be is a major step forward, paving the way for A+ curriculum that prepares students to grapple with the realities of a changing world.

It also prepares them to deal with a more technologically advanced ideas as well. In the digital age, students who aren’t prepared to engage with scientific principles, engineering processes, and technology are less likely to succeed in higher education or in the competitive global workforce. That’s why the Next Generation Science Standards integrate 3-dimenstions with a hefty Science & Engineering Practices component, along with Disciplinary Core Ideas (subject matter) and Crosscutting Concepts (systems phenomena such as patterns or cause and effect that link various scientific arenas to one another).

Practices dictate the minimum skills necessary to engage in developing and using the disciplinary content the way scientists and engineers do, to solve problems and answer questions, and the main difference is that students will be doing a lot more of the creative planning and evaluative assessment of their work than in decades past. Or at least, they will in districts with excellent curriculum that aligns well to the new Alabama science standards.

That means good curriculum is crucial. Lessons and units must be designed even more closely, progressing naturally from September to June and from grade level to grade level, so students always have a solid foundation on which to build new knowledge and engage in the practices of science. Their science and engineering practices, moreover, should be so thoroughly ingrained that they can apply them to completely new contexts with ease.