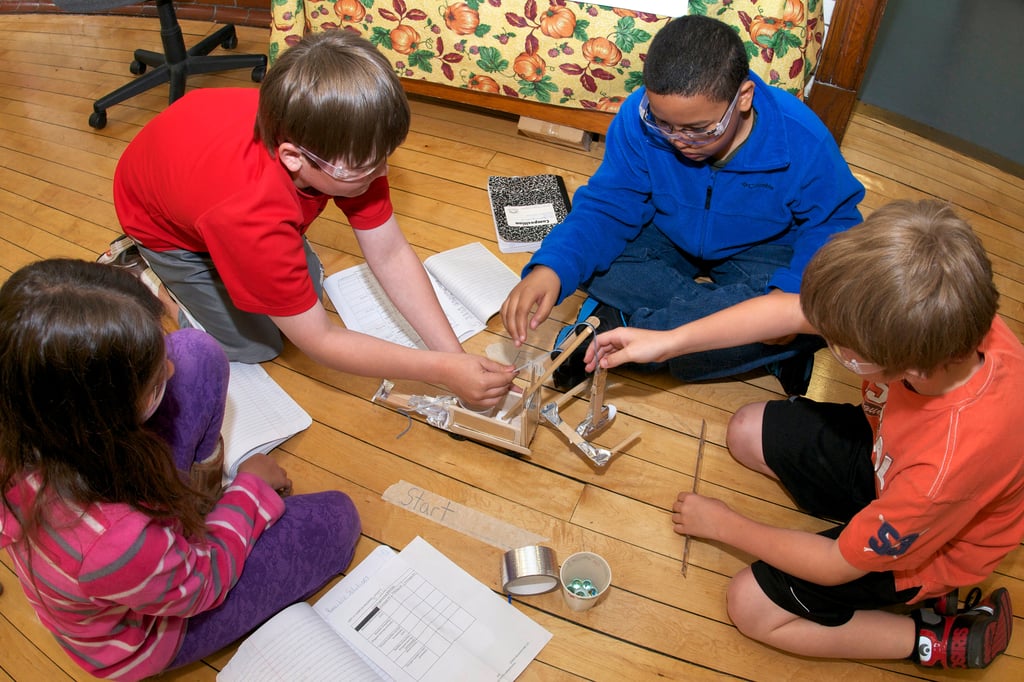 Tribal leaders are those people who can move their tribe from one stage to the next. They don’t succeed by trying to change other people’s beliefs, attitudes, or ideas. Instead, they focus on the words that people use to describe themselves and their situation, and the relationships that people form with their peers.

Listening to people’s words is also the first step in identifying which stage your school tribe is in. According to Tribal Leadership, about 75 percent of workplace tribes have a cultural Stage Three or lower. However, the goal should be to move your tribe toward a Stage Four with the possibility to reach Stage Five from time to time. Stage Five is where remarkable transformation can happen, but it’s not stable.

People in Stage One tribes use language like, “life is terrible.” For these people life is challenging on every front, and there's no hope it will improve. Only about 2 percent of the population falls into this stage.

Stage One claims very few faculty or staff in K-12 education, mainly because those people are not going to last. Education is about bringing children and communities to a higher place. You're actually teaching something, or you're creating opportunities. You're developing awareness. However, even though Stage One is a tiny portion of the population, we don't want to ignore those few students, staff, or faculty who live there. We need to help them move to the next stage.

Tribes in Stage Two communicate the core idea that “my life is bad.” That's a substantial improvement over believing that life itself is bad. Stage Two tribe members can, at least, hold out hope for improvement.

In Stage Two, people are aware of others—supervisors, bosses, government officials—who have something they lack, some power, something “more.” Tribe members may be passively antagonistic, sarcastic, and resist change. They do the minimum to get by and show little or no initiative or passion. About 25 percent of people find themselves in tribes at this stage.

In a school setting, you’ll hear the following kind of language from Stage 2 tribes: "It doesn't work because there's no common planning time. I can't be successful because there's no professional development. The class sizes are too large. The spectrum of student need is so wide. Parents aren’t present. It's this administrator or that administrator or the politics. This should have happened but I got cut off at the pass.”

However, in Stage Two you'll often find some gritty doers. People in Stage Two may have characteristics that build camaraderie among the members, even while their communication focuses on “my life is bad.”

It's an interesting paradox because occasionally such a Stage Two tribe member may have a positive experience. That person may begin thinking, “Hey, I'm actually okay with things. In fact, I'm the best.” That heralds a movement toward Stage Three, and that person can become a leader, guiding others toward Stage Three. Teachers, administrators, and students can all have this experience.

Stage Three tribe members believe in themselves first: “I'm the best, and you're not.”

Stage Three tribes account for almost half of people in a given population. Their principal message to one another is “I am the best and you're not.” These tribe members are often “knowledge hoarders” who want to out-work and out-think their competitors on an individual basis. They are lone warriors who not only want to win, but need to be the best and brightest.”

Stage Three tribe members “engage in anything that’s going on, with energy and commitment, but when you listen closely, they talk mostly about themselves and focus on appearing smarter and better than others,” the authors write in Tribal Leadership. “They think they’re focused on team concerns, but their actions show their interest is personal.

“People tend to form two-person relationships, so if they manage a of group of 10, they have 10 relationships. They rarely bring people together, they resist sharing information except when it’s necessary, and they pride themselves on being better informed than others. Winning is all that matters, and winning is personal. People at this stage complain that they don’t have enough time or support and that the people around them aren’t as competent or as committed as they are.”

For nearly half the population, Stage Three is as far as people get, both within and outside of education. Engineers, executives, and people from every walk of life tend to get stuck at Stage Three. If you've been in the educational sphere for any length of time, you may have known people, often in leadership positions, who are outside of your sphere; who think they know more than you; and who will let you know that. They're in Stage Three.

Stage Four tribes ask “How can we, as a group, be better than we are?” They think collectively, and share values that tribe members can articulate. They communicate the idea “We are great.” The group is self-aware. It knows its values and perspectives, and that self-awareness gives the group strength, a forward-looking energy. That integrity also helps the tribe cope with shocks, such as unexpected changes in the environment. Stage Four tribes become change agents.

To use an analogy, the U.S. Constitution is a list of beliefs and values that unite the states and the country. People are willing to fight to preserve what they believe and value. Yet they're not willing to go to war to, say, increase the minimum wage to $15 per hour. Their values and beliefs live on higher ground, just as those of Stage Four tribes.

Stage Four tribes exist in education when the principal establishes appropriate values in the school. Those values may trickle down from superintendent level and school committee level. But no matter their origin, every school needs to have a core set of values and beliefs that unite the team members. They allow staff and faculty to understand who they are when they say “we”—just as the Constitution helps American citizens understand who we are and what we value. When tribes communicate “we are the best,” they're working at Stage Four.

Stage Four people are self-aware, mission-oriented, and they value their tribe over themselves.

Stage Five tribes communicate “Life is great,” and they focus on issues rather than “me” or “we.”

These tribes “hardly ever refer to the competition, except to note how remarkable their own culture is by comparison, and how far their results outstrip industry norms,” the authors write in Tribal Leadership. “The theme of communication is limitless potential, bounded only by imagination and group commitment. People in this culture can find a way to work with almost anyone, provided their commitment to values is at the same intensity as their own. (Unlike Stage Four, the focus isn’t on “our values” but on resonant values.) There is almost no fear, stress, or workplace conflict. People talk as though the world is watching them, which may well be the case, as their results are making history.”

Even though Stage Five tribes say “Life is great,” they can pose problems in the K-12 world when, for example, teachers go out and do unique and unusual things. Taking an entire fifth grade to a foreign country might strain the system. It may not be practical to take elementary students to a foreign country. There are realistic boundaries. However, someone at Stage Five might say, "I'm doing this to solve an issue related to cultural awareness." Stage Five tribes can pose real challenges to education when they try to take on systemic or global issues.

Stage Five tribes tend to take on projects that may be a bit naive, impractical, or even overly idealistic. Depending on your school's rules and constraints, that may or may not pose a problem. Also, the idea of “new” for Stage Five people is often more important than whether taking a certain action is effective. People are so focused on the issue and so willing to take risks that sometimes the fact that something's new is more important than the fact that it's rational or effective or has any level of proven nature or sustainability to it.

Stage Five tribes are usually somewhat unstable. To sustain that constant level of innovation, constant risk-taking and dealing with learning things that weren't expected—then falling back—all of these take their toll. Stage Five tribes often fall back to Stage Four where the “We are great” message takes over.

Distribution of Tribal Stages in Education

The distribution of stages for a general population appears to be almost a normal curve. The average is in the middle, around Stage Three.

In an urban education setting, where school districts become larger, people shift down. The stages skew to the left, so that Stage Two moves toward the average. That’s because command and control culture thrives in Stage Two where there are leaders and followers. Leadership is not shared, and you’ll have many more followers than leaders. The focus on extrinsic motivators like data and testing feeds right into this. People become divorced from the purpose of what they’re doing, so it’s not about "we" (Stage Four), it’s about trying to be "the best" (Stage Three) or trying to simply follow along (Stage Two).

In suburban districts, tribes tend to be skewed right. People are more likely to be thinking "we." Smaller enrollment in suburban districts helps too. It’s easier to have a tribe of 10 to 150 rather than thousands of staff and faculty typical in urban settings. In the suburbs you see more people striking out and doing innovative things; more one-to-one initiatives and STEM labs, online learning, distance learning and blended learning. Tribe members might say, "Hey guys, what do you think of this? Can we do this?" Those are Stages Four and Five behaviors, and they’re very different from Stages Three and Two. 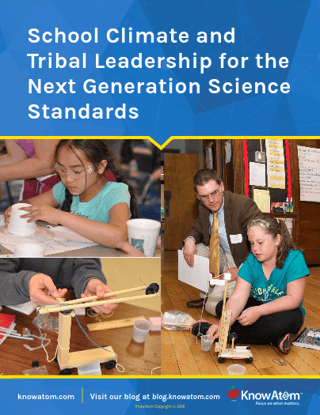 Want to learn more? Click the button below for a free download of our eBook on tribal leadership.