How to Approach Creating a Next Generation Classroom from Kindergarten On 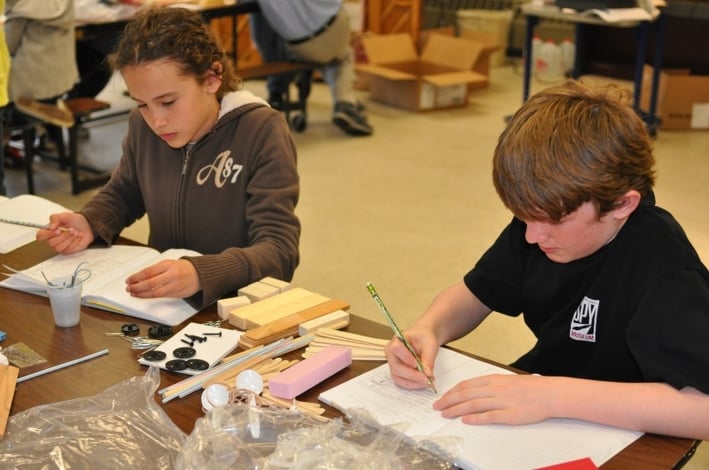 Students are engaged in planning experiments and prototypes independently, without parroting back a teacher's demonstration, which is the heart of being a scientist or engineer.

Building a curriculum that aligns with the Next Generation Science Standards from scratch can be a lot to ask. That's why KnowAtom provides full curricula for multiple grades, scaffolding the material from September to June and from year to year. In the image above, you can see two students engaged in planning experiments, which they will carry out and then gather data from. This isn't something we just jump into with students, however. They need to be taught the skills that lead them to this point over a period of years, starting in a more structured fashion and gradually releasing the "training wheels" until they can manage on their own.

We begin with non-fiction reading. At the early grade levels, we may read it together, while older students will read it for themselves. The reading may merge into Socratic dialogue, which we use to question students and create those connections. By asking questions in Socratic dialogue, we can foreshadow concepts and lead students to a question which at the lower grade levels may be more structured, but which they can still tweak and make their own. You don't turn to students and tell them exactly what the question is, but you can help them draw it out.

For example, you might say, "Hey, given what we've discussed, what's a question we might ask as scientists or a problem we might see as engineers?" What you're doing there is bridging the gap between Socratic dialogue and the actual question or problem, after which students can break into teams and begin using the scaffolded and structured labs that exists at the Kindergarten, first, second and third grade levels.

KnowAtom is intentional about unit order and lesson order and unfolds in a specific way so as to continue to build on student understanding month to month and year to year. Whether you use KnowAtom or not, you must try to figure out how you're going to create that sort of intentional planning for yourself. It's necessary to step away from the traditional rote model and help students establish connections from concept to concept, concept to self, and concept to world—which is what our Socratic dialogue is intended to do.

Then you're going to have to use your Socratic dialogue to get students to authentically think about a problem or a question. You must have resources and materials related to this problem or question and enough structure so that students can have variation—but not so much that they are unable to relate to one another's experiences. It is admittedly a big undertaking to do this on your own, especially figuring out how to properly scaffold the material and release supports over time. It takes serious skill and understanding to help students engage the skills of scientists and engineers in an inquiry-based environment.

Getting back to the idea of structuring next generation. Even at the younger grades, teachers are slowly releasing responsibility over those first 10 weeks. After that, the teacher does a fuller release of responsibility to the point that students are grabbing on to all of this in its entirety as partners. Teachers are creating checkpoints—especially in Kindergarten through third grade—but even so, students are really learning what it means to be a scientist or engineer, working hard and collaborating as partners. Even when they come to check in, they must meet expectations as set by the standards and be able to explain their thinking.

This is a difficult process, and it's important to understand in the younger grades what you're working toward: the blank notebook. Come fourth grade, students are planning their experiments in notebooks on their own, without the guidance of pre-written materials. It can be very helpful for teachers in younger grades to go through the lessons fourth graders are engaged in to understand the release of responsibility and the planning that is asked of them (such as that demonstrated in the images below). 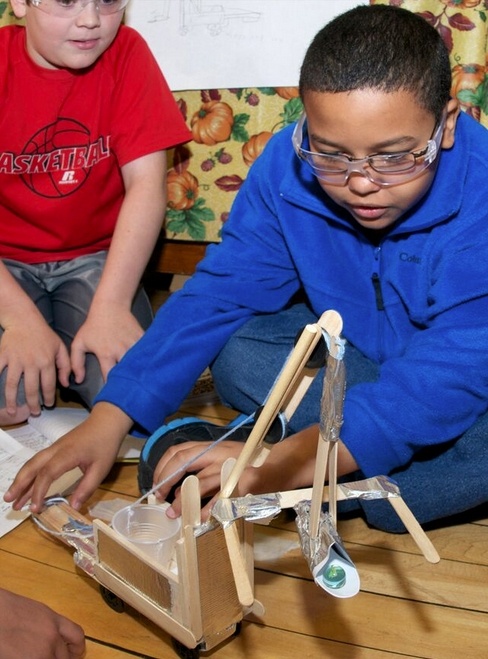 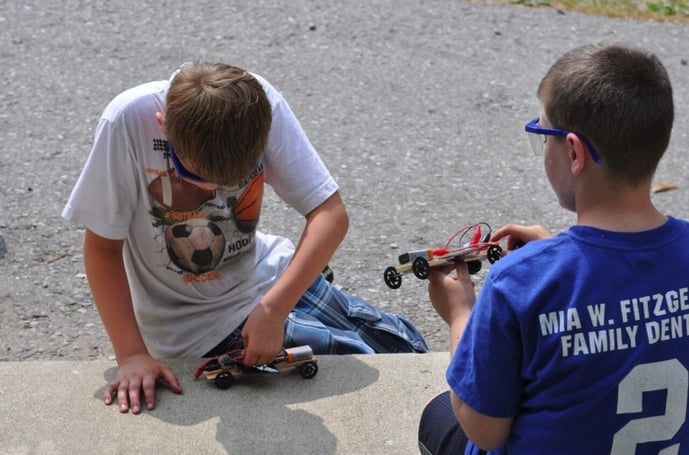 Students plan experiments as scientists and prototypes as engineers, then carry out their plans and reflect on what the data shows them. Students are capable of this from a very young age.

At the end of the day, it all comes down to the student's idea of what should be carried out in that science experiment or engineering design process, as dictated by their plan. By fourth grade, they've learned how to do that, and that is the process they're engaged in as they learn to work as scientists and engineers. They are still, however, going to come to checkpoints. They're going to be held accountable to the standards and expectations by the teacher. Nevertheless, they are creating plans from scratch, and that uses all their higher order thinking skills, instills in them the practices, and enables them to one day become true innovators in STEM fields.