Does Phenomena-Led Teaching and Learning Fit the Old K-W-L Chart? 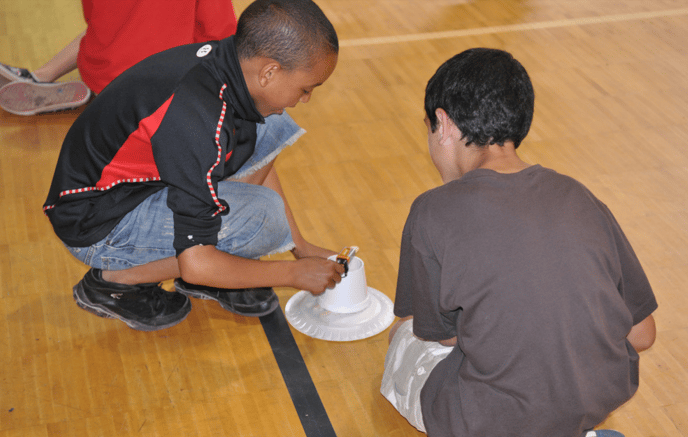 Part of the challenge wtith teaching the Next Generation Science Standards is how to engage students in a complex real-world situation that causes them to be dissatisfied in some way, either with what they know or can explain, or with the fact that this phenomenon even exists. That causes them to engage in an investigation that not only stems from inner motivation but that also adds meaningfully to their experience of the world.

With NGSS, engagement begins with anchor phenomena, which are complex, real-world situations. They can be investigated in the classroom through an investigation that students or student teams have planned, and are a way of encountering just a thread of often much more complex ideas.

Think about a traditional KWL chart:

The standard K-W-L chart, which asks students to list out what they already know, what they want to learn in the lesson and what they learned at the end.

Here at KnowAtom, we argue that the KWL chart isn’t that useful, and should instead be replaced by a WHW model—Why, How, and What.

Instead of trying to start the student experience with what they know, start with why. In the case of KnowAtom, we use nonfiction text, visuals, and sometimes even videos as the beginnings of anchor phenomena. The purpose of that is to establish a reason to care.

Next we're going to ask how. How we will explore one of these problems or one of these questions? After all, that anchor phenomenon has many variables. As scientists or engineers, we can't explore every variable at once. We have to narrow it down to one aspect. So how can we gather evidence to try and solve our dissatisfaction with what we know?

Then is what. What are the elements in that anchor phenomena that we could explore? What are the problems or questions that we see with this? This is where we get students really dissatisfied, where they examine a belief to find out what's really behind it. What evidence do we have for believing it?

This is where students come up with the problem or question that will be the primary focus of the investigation. This is where they gather data or evidence to really dig in and see what’s going on, and so it leads to the exploration phase of the 5E model.

Student exploration is a critical time for students to begin developing the eight science and engineering practices of NGSS. 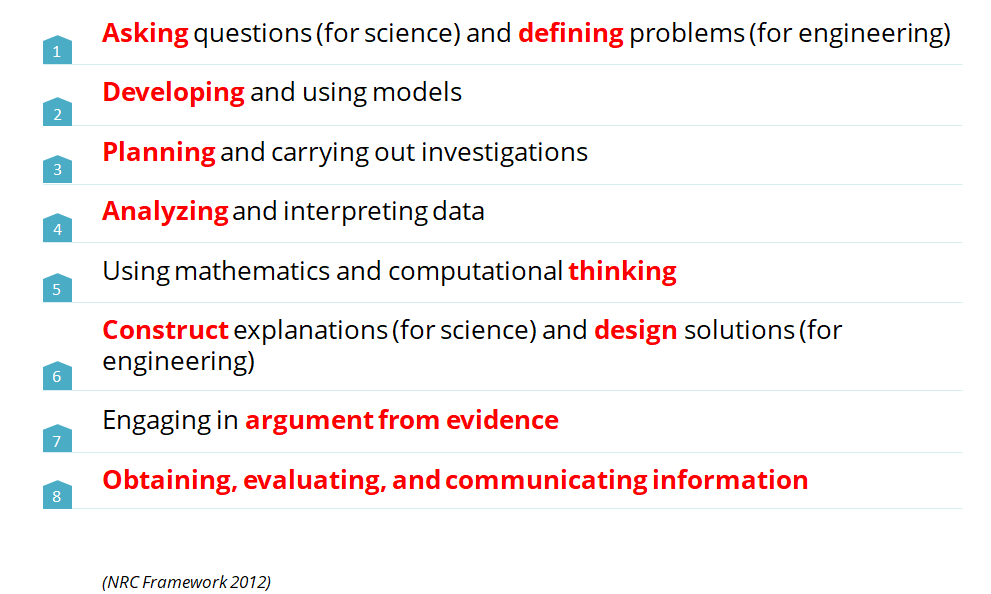 When we don’t have enough knowledge to accommodate an idea, we’re forced to investigate until we can gather enough information to revise our thinking. This is a basic human tendency that can be encouraged in the classroom to create students proficient in STEM fields and prepared to take on the roles of question-answerers and problem-solvers in later life, even outside of the fields of science and engineering.

The realignment of each E helps science classrooms cleave much more closely to the intentions of the Next Generation Science Standards and, indeed, to the natures of science and engineering themselves.

At the same time, it’s important to remember that these five phases do not exist in isolation. You don't stop exploring when you're elaborating or explaining. Exploring is actually a method of explaining. You need to be engaged throughout all of these reflectively and critically.