Why is Socratic Dialogue So Important in a Next Generation Science Classroom?

A next generation science class is all about students learning how to work with ideas, both their own ideas and the ideas of others.

Evidence for this goal comes from the three-dimensional nature of the new science standards, which integrate science and engineering practices, disciplinary core ideas, and crosscutting concepts.

People sometimes struggle with the idea that these three dimensions need to happen simultaneously, but they're all part of performing the expectation of the standard. Socratic dialogue is an opportunity to have students step into a real-world context, a phenomenon, and start to make sense of that phenomenon.

That's how phenomena start to drive teaching and learning. Students step into that real-world context and then they begin to develop questions around their ideas. It’s important that they work with their own ideas to refine them, to answer questions for themselves. They also need to consider the ideas of others.

This is important because the definition of effective STEM instruction, according to the National Research Council, is that it “capitalizes on students' early interest and experiences, it identifies and builds on what they know, and provides them with the experiences to engage them in the practices of science and sustain their interest.”

The Role of Socratic Dialogue in a Next Gen Classroom

The reason Socratic dialogue plays such an important role in a next generation classroom is that it empowers students to participate in developing their own ideas and working with the ideas of others, rather than being more passive participants.

It also engages students in numerous science and engineering practices:

Because Socratic dialogue is a group discussion, it exposes gaps in students' individual thinking and it helps those individuals to refine the questions that they have or problems they've identified.

The Socratic dialogue then launches students into hands-on discovery because it leaves students with more refined ideas, more informed opinions because they've presented their ideas and other students have added onto it or helped to refine it. To borrow a phrase, the group discussion allows for “iron to sharpen iron.”

Some student questions can actually be tested in the classroom, and they are the direct result of student thinking. As students plan their investigations based on those questions, they will gather firsthand data from real phenomena. They can then analyze and interpret the data, which they use as part of constructing explanations and arguing from evidence. 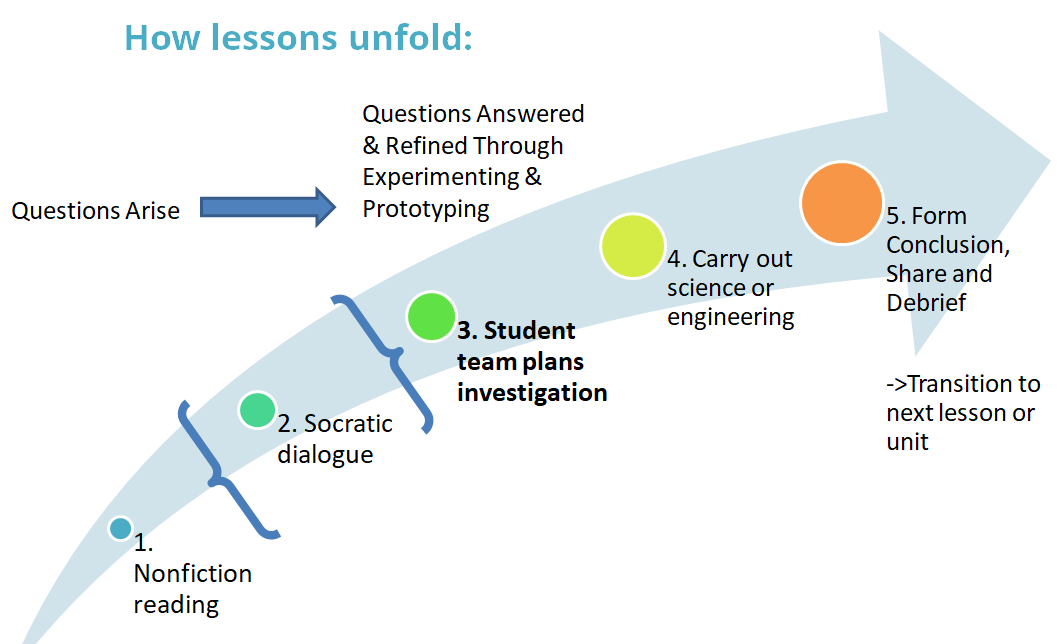