Oregon to Align Science Testing in Next Generation OAKS 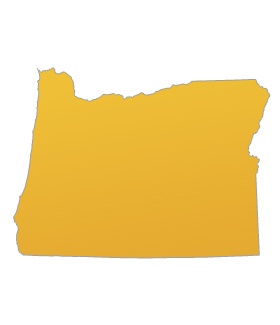 “Amid all the political controversy surrounding the Common Core standards and the arrival of the Smarter Balanced test in Oregon last year, you’d be excused if you missed the news that the state also has new science standards and plans to roll out a new science test in 2018,” begins a May 2016 article in The Bulletin.

Little fanfare notwithstanding, this move could make a big impact on the future of science education in Oregon. The Oregon Science Standards, which in the last few years have been switched over to reflect the Next Generation Science Standards, used to be measured by the Oregon Assessment of Knowledge and Skills, or OAKS testing.

As of 2018, that will no longer be the case. So why the delay in the timeline?

Oregon applied to be a Lead State Partner in 2011, proving its devotion to NGSS from the start and helping to shape the standards during their creation. Oregon leaders then unanimously adopted the Next Generation Science Standards in March 2014, officially making them the new Oregon Science Standards. It might seem like a long time to wait between declaring the new standards and putting effective systems in place to measure them, but it’s not that unusual.

“The four-year delay between adopting the standards and introducing a new test is typical, said Derek Brown, director of assessment at the Oregon Department of Education. While the science standards have not faced as much pushback as Common Core, the new test could bring more attention to the issue,” reports the Bulletin.

And Common Core has already faced serious pushback. For instance, the Smarter Balanced test created quite a stir in 2015. Some of Oregon’s parents were extremely upset that the opt-out form included language forcing parents to acknowledge that opting out might impact not only their level of information on their child, but the district’s ability to quantify success of the entire school and district.

Hopefully the new test will ruffle fewer feathers, while at the same time supporting teachers in their efforts to effectively teach the standards, no matter what the grade level or subject material.

For now, teachers are speaking up in support of the new NGSS standards, saying it has made their teaching richer and the Oregon Science Curriculum more robust than ever before.

As one teacher told the Portland Tribune, “When I started my career, many of my students felt studying motion was boring, despite its importance. It was difficult to challenge my students and empower them to find joy and value in what they learned. Now, with the kind of teaching encouraged by our new science standards, I begin not with a formula or a lecture, but with a real-world question: How do we assess the risks of texting while driving?”

Clearly, this question is much more open-ended than simply teaching kids the basics of motion. The teacher continues to explain the process: “To answer that question, my students must create a multistep action plan that includes measuring the time to read a text, write a text, their reaction time, as well as two more traditional motion experiments for velocity and acceleration. They feed this data into the mathematical models they construct, and, ultimately, evaluate and modify that model to account for alternative scenarios, like driving while impaired.”

Lesson planning such as this teacher demonstrates is likely to teach to the standards in a way that children both enjoy and, if the test can accurately measure their hands-on and inquiry-based approach, will ultimately prove successful. For now, no one is quite sure what that test will look like, however, Illinois and the District of Columbia have operational assessments for NGSS which give important clues to what the new OAKS could look like. Most likely, Brown told the Bulletin, it will be more complex than the multiple-choice format currently in place in Oregon.

“Because there is the expectation of higher-level thinking skills and the opportunity for students to demonstrate what they know, we would expect that the test would be more than a straight multiple-choice test, which is what we have now,” Brown said.

In the meantime, it will be up to teachers, administrators and districts to create or acquire excellent science and engineering resources that help them teach to these standards. If you would like to see what a next generation aligned science curriculum for Oregon looks like, you can download a sample here. We follow EQuIP and PEEC guidelines for NGSS aligned science curriculum.