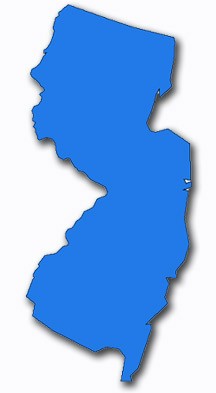 The Next Generation Science Standards (NGSS) have received considerable support from many states, 17 have already adopted NGSS, and this summer many K-12 educators will be working the 3-dimensions into new science curricula for the first time. New Jersey is one such state, and its educators are hard at work making their New Jersey Science Curriculum more robust and better aligned with these new standards.

Having adopted the standards in 2014, New Jersey administrators are trying to meet the New Jersey timeline for integration of the NGSS standards, with full integration of these standards beginning in the 2016-2017 school year for grades 6 through 12. Full implementation for Kindergarten through 5th grade is expected to occur in September of 2017, the following year.

Recognition that American students have fallen behind many of their global peers has led to the realization that we need a new way of teaching STEM – science, technology, engineering and math. Doing so will better prepare students for the variety of science- and engineering-based jobs now available and exploding due to the digital revolution. One of the best-codified approaches hails from the National Research Council, and uses scientific research to provide an evidence-based foundation for what students need to know.

Teachers in places such as Warren Township School District are now asking, Wouldn’t it be better to include arts as well? Nevertheless, they’re leaving that question be for now as they launch fully into summer preparation for the fall school year and ensure that the New Jersey Science Standards accurately reflect those set up by NGSS.

The efforts being made to support NGSS differ by district. In Warren Township, for instance, they include “professional development opportunities in STEM and NGSS for its science educators” as well as immersion opportunities such as a “week-long science institute at Raritan Valley Community College” or participation in the New Jersey Science Convention, reports MyCentralJersey. Such opportunities not only help educators create curriculum, they help them actually understand it, preparing educators to teach students the practices of science and engineering.

“Our teachers are breaking down the key NGSS practices and crosscutting concepts and beginning to think about how best to apply the standards in the classroom,” curriculum supervisor Stacey Hann-Modugno told the publication.

“The NGSS line up very neatly with the Common Core standards already adopted in math and language arts,” adds eighth-grade science teacher Kelly Brown. Indeed, this is one of the reasons behind the Next Generation Science Standards’ being: science and engineering are an excellent arena in which students can practice their math and language skills.

Could it be that the arts might provide such an opportunity as well, offering students the same engagement level as science and engineering and therefore prompting them to use their mathematical and linguistic skills in a natural setting? For now we’ll have to wait and see.

As time goes on, we will have the opportunity to see how front-running school districts and states such as Warren Township and New Jersey, respectively, are able to incorporate the arts into the standards mix. For now, it’s enough of a challenge to ensure that curriculum is aligned to the NGSS standards. While NGSS specifies disciplinary core ideas, crosscutting concepts and science and engineering practices to round out the performance expectations of these standards, educators are still responsible for providing the curriculum that bridges the gap from standards to student learning outcomes.

Are you curious what next generation-aligned resources look like for the New Jersey Science Curriculum, or for any state that has adopted the Next Generation Science Standards? You can get a comprehensive peek by checking out our sample download. KnowAtom follows EQuIP and PEEC guidelines for NGSS aligned science curriculum in all our materials, helping teachers teach science and engineering in a way that masters the standards and prepares students with experience to engage in the practices of science and sustain their interest.