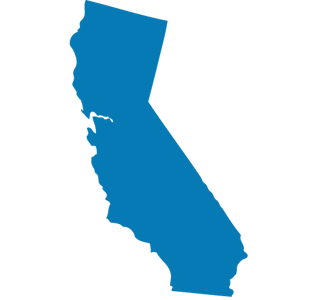 The California STEM Learning Network, an advocacy group that promotes STEM – science, technology, engineering and math – conducted the research on which this conclusion was based. Considering the Next Generation Science Standards were officially adopted in September 2013 for grades K-12, it might seem a little alarming that the state has so far failed to encourage widespread adoption at the classroom level.

“The California STEM Learning Network … reviewed the accountability plans of the state’s 50 largest school districts,” continues EdSource, “as well as the largest district in each county, and found that 43 percent made ‘explicit reference’ to the science standards. Even fewer districts – 28 percent of them – offered plans to provide teachers preparation and training in implementing the new standards, according to the review.”

These standards, based in part on a 2009 report by the Carnegie Foundation concluding that American students were not currently equipped to compete globally in a technological world – and were especially behind on math, science and engineering – are also defined by A Framework for K-12 Science Education. This guide details how science subjects should be taught in three dimensions, including Disciplinary Core Ideas, Crosscutting Concepts and Science and Engineering Practice Skills. It is this three-dimensional approach that defines the standards so strikingly, and which is notably absent in many classrooms across the state.

While this is certainly true, it’s also important not to get too concerned at this point. If you look at the timeline for implementation of NGSS in California, it becomes clear that there’s still a little time to get it right. For one thing, field testing assessments does not begin until 2018, and the state board vote to adopt the final frameworks is anticipated by November of 2016.

Nevertheless, while “a small number of districts have a focused multi-year approach for ‘staged implementation of the standards’ and are providing a range of professional development activities for teachers … that is not the norm.” The article notes that in many states, California among them, NGSS have “taken a back seat” to teachers trying to ensure their kids are up to snuff on Common Core subjects – ELA and math. Even in states that have adopted NGSS, this seems to be the case.

The good news is that effectively teaching science and engineering that meets NGSS performance expectations will help support math and ELA test scores. In districts where NGSS-aligned curriculum has been successfully implemented, student scores can increase in all subject areas, not just in science and engineering. The California Science Standards, therefore, may go a long way toward helping students meet Common Core goals as well.

If you are interested to see what next generation aligned curriculum resources for California look like, you can check out our sample download. We follow EQuIP and PEEC guidelines for NGSS aligned science curriculum, and provide the kind of excellent material needed to help California teachers and districts ensure that effective next generation science and engineering instruction is available to California students K-12.