Girls and Women in STEM: Enhancing Equality and Opportunity 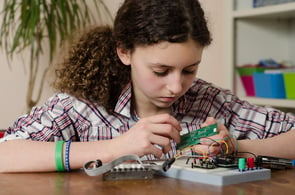 The conversation about women in STEM is everywhere and growing exponentially in popularity, something seen in the sheer number of headlines written in the past few years. What you may not know, however, is that while women are better represented in the science and engineering workforce today than in the past, there are still gaps, especially in the engineering and computer sciences fields.

In grades K-12, a report by the National Girls Collaborative Project found that more girls than boys took advanced biology and pre-calculus classes, but male students were six times more likely to take engineering classes and slightly more likely to take calculus beyond pre-calc. After high school, the numbers drop even more dramatically.

This is where the crux of the solution lies: K-12 STEM education. If girls enter the STEM track early, as they appear to be doing more recently, they stand a better chance of eventually entering the STEM workforce. But how can educators keeps girls on the path to STEM success long enough to get hooked?

Barriers and Breaking Through

Women have traditionally faced a whole slew of challenges when it comes to full and equal participation in STEM, including stereotypes about "male" and "female" jobs as well as the popularity of perceived cognitive differences between girls and boys. Fortunately, there are a few simple fixes that can dramatically help keep women in STEM classes through 12th grade and on their way toward STEM careers later in life, according to a recent report from the American Association of University Women.

Barrier: The belief that intelligence is innate and absolute. Growing up, young girls are often praised for "being good" or "being smart," something researchers relate to young girls’ ability to sit still and pay attention more quickly than boys. Boys on the other hand, are more often praised for “working hard.” The result: girls begin to believe that intelligence is innate and fixed and often give up rather than push through difficult tasks. In contrast, boys are reinforced for their efforts, which motivates them to try even harder.

Solution: A growth mindset.  Research shows that girls who believe that intelligence can expand with experience and learning tend to do better on math tests—and are more likely to say they want to continue to study math in the future. Creating a “growth mindset” is helpful for all students, but doubly important for girls in STEM.

Solution: Equal treatment. It’s as simple as changing the dialogue. When test administrators tell students that girls and boys are equally capable in STEM fields, performance differences essentially disappear. It’s the power of suggestion at work.

Barrier: Cultural factors. Girls self-assess their mathematical abilities lower than boys with similar achievements,and hold themselves to higher standards. The perception is, "As a girl, I have to be 'exceptional' to be a successful female in a 'male' field."

Solution: Training. Research shows, however, that anyone’s spatial skills can improve dramatically with simple training. Cultivate girls’ success in the sciences with built-in spatial training, and they’ll be more likely to develop the skills – and the confidence – to consider future STEM careers. 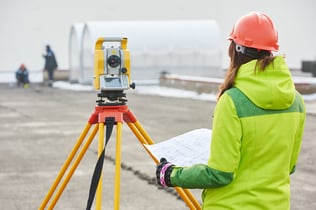 Women in STEM: Ones to Watch

Role models are vitally important to the development of girls in STEM fields. Fortunately, there are a few great ones getting attention and media coverage right now:

These women might all have very different focuses and career paths, but they all have something in common: a childhood love of science and technology that was supported by educators, friends and parents. Early intervention – especially at the K-12 level – is incredibly important. What’s great is that there are already a few standout examples leading the way:

At the elementary level, urban schools like those in Lynn, Massachusetts are improving opportunity for female STEM students through usage of hands-on curriculum and integrated professional development that supports teachers and turns classrooms into real-life relevant laboratories.

Via other organizations serving young students: Programs like Girls Who Code, The National Girls Collaborative Project’s FabFems, and Harpeth Hall’s Center for STEM Education for Girls connect with students and teachers to provide resources, support and general in-roads to careers in science and technology for girls.

Change is possible, and it starts in schools. The K-12 classroom is the best laboratory – literally and figuratively – to engage girls’ interests and prepare them with the skills to innovate. From there the sky is the limit, and STEM equality is a part of all of our futures.