This blog is the second part of a two-part series titled "Asking Better Questions: The Key to Deeper, More Engaged, More Authentic Instruction." To read the first part, click here.

"Children grow into the intellectual life of those around them. School is no longer about the quick right answer, but about the ongoing mental work of understanding new ideas and information." (Vygotsky 1978)

Given this, the questions that we ask shouldn't be about quick right answers. Instead, they should be about getting students to engage in the mental work—the cognitive load—of understanding new ideas and information, which can come from the individual or other students.

What are some techniques and some practical approaches that you can use?

The image below is a screenshot of a concept map from a KnowAtom Grade 3 unit that identifies the big ideas from a unit. 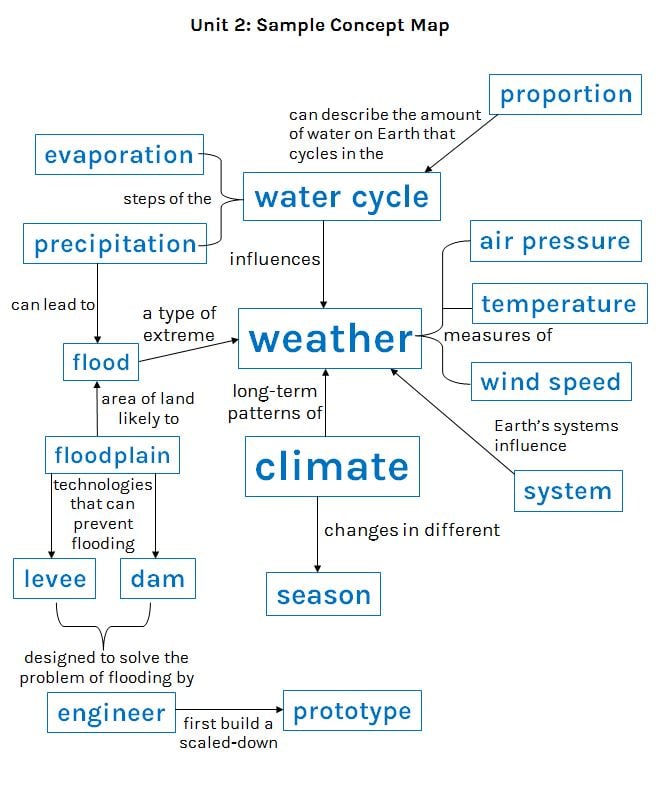 This map just shows one connection between each of these ideas, but any one of these concepts could have 10 connections to other concepts. In your practice, it's important to expect sub-concepts or unexpected ideas to emerge in discussion.

Don't put these key ideas out in front of students. A lot of folks misinterpret this by thinking, "This is what I need to pre-teach." That's actually not the ideal way to approach this because it will fight the way students' brains work.

Instead, as teachers, we need to know that these concepts are out there. We also need a reasonable idea of how they're connected. In a classroom setting, the role of a phenomenon is to provide a context that can connect the concepts.

This picture is an example of a phenomenon, and it presents the opportunity to engage students with a real-world scenario.

Once you’ve identified some big ideas and you have a phenomenon for context, how do you get your students to make these connections?

Behind the scenes in a Socratic dialogue (scientific discourse), it's like there is a “black box” of connected concepts. Over time, the goal is to increase the connections between the concepts that students come up with.

For example, you might use the phenomenon of the mountain lake to ask a constructive question such as, "Why is this body of water so close to the mountains?"

A student might respond, "It has to do with precipitation."

You might follow up with a facilitative question such as, "Can you tell me more about that?"

With just a few simple questions, students are starting to make connections between two of the concepts. 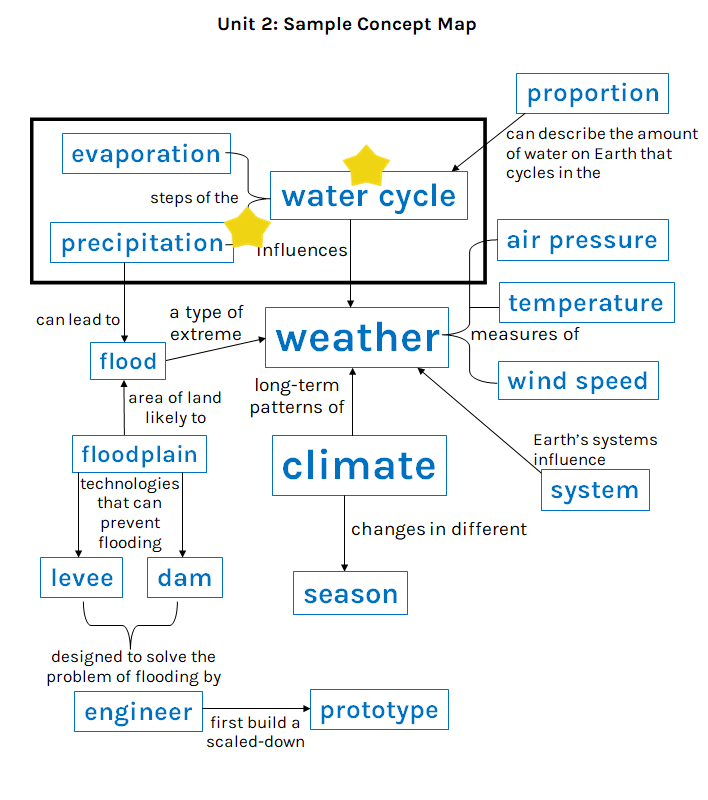 Another student might add to the conversation, saying something like: "Well, it has to do with storms that happen there, and that's because of air pressure."

You might respond with another facilitative question such as: "Why is that?"

A student might say something like, "Well, storms happen there, and I can tell because in the picture, I can see snow on the mountains."

You might use a generative question now, such as: "Well, how is it that snow on the mountains has anything to do with a lake near the mountains?"

A student might respond by saying something like, "Well, when the temperature changes, the snow melts. That produces liquid water that comes down the mountain and it collects.”

Now the black box of connections students are making has expanded to include weather, air pressure, and temperature, in addition to the water cycle and precipitation. 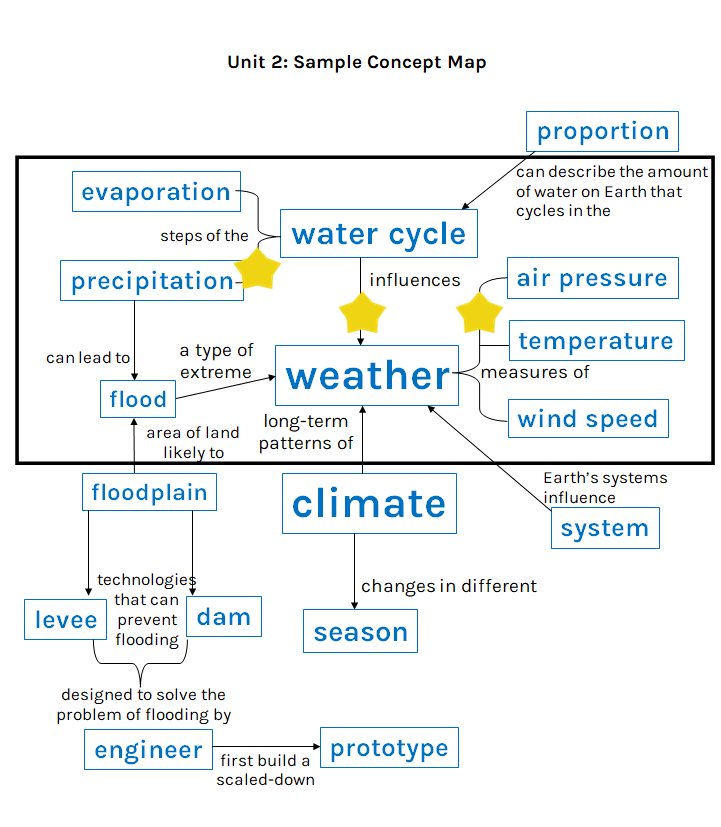 The teacher could then change the angle of questioning a bit with a constructive question such as: "What's the difference between a flood and a collection of water?"

Students may say, "Well, a flood is an example of a collection of water, but typically a flood is temporary."

The teacher could then ask a series of facilitative questions such as: "What do you mean? A pond could be temporary, but isn’t a pond a collection of water?"

That might get the students to discuss ideas such as flood plains. Or the teacher could pose questions about why we see ponds like this in some places near mountains, but not in others. Maybe there's a desert. That would get us into weather systems and climate. 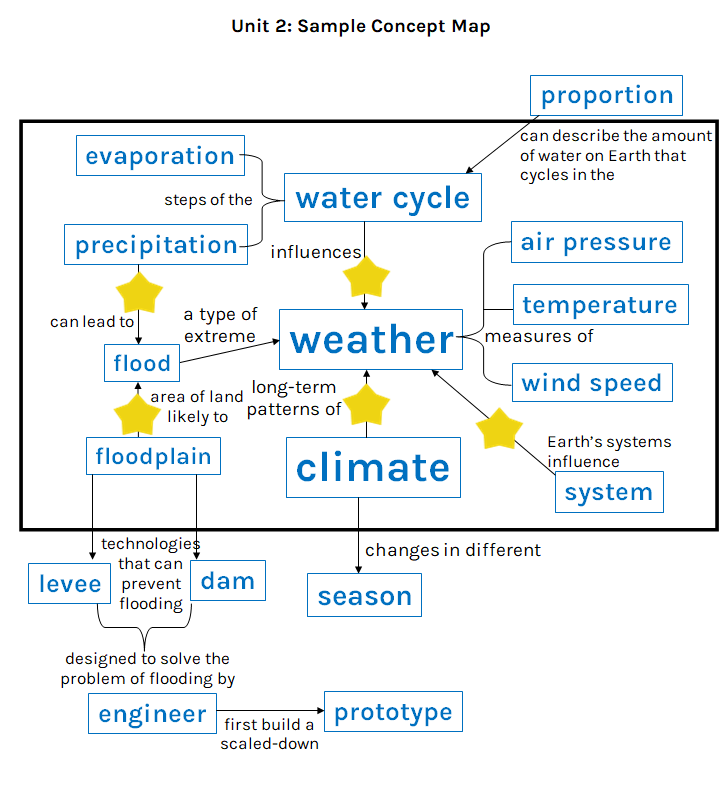 Purpose Behind This Approach

The teacher is asking these different forms of questions, the generative, the facilitative, the constructive, at the boundaries of what the students are offering.

From a strategic point of view, it’s important to note that the teacher isn’t telling the students anything. Instead, the teacher is asking them questions at the boundary of what they know, causing them to generate, construct, or facilitate their own understanding.

As the teacher asks a series of questions, that black box of connected concepts expands because the teacher is targeting their questions at new concepts.

In the context of the science classroom, ultimately what's happening is that we come to concepts where we don't have evidence or sound reasoning, and that becomes the basis for questions or problems where we would experiment or prototype.

In this case, we might get into the idea that engineers solve problems and there are such things as flood plains, but what happens when we have a problem like flooding when people live in flood plains? How could engineers try to solve that problem? What sort of prototype might an engineer design? What kind of technology or, even from a scientific standpoint, what kind of information would we need to know about a flood plain in order to engineer a solution? 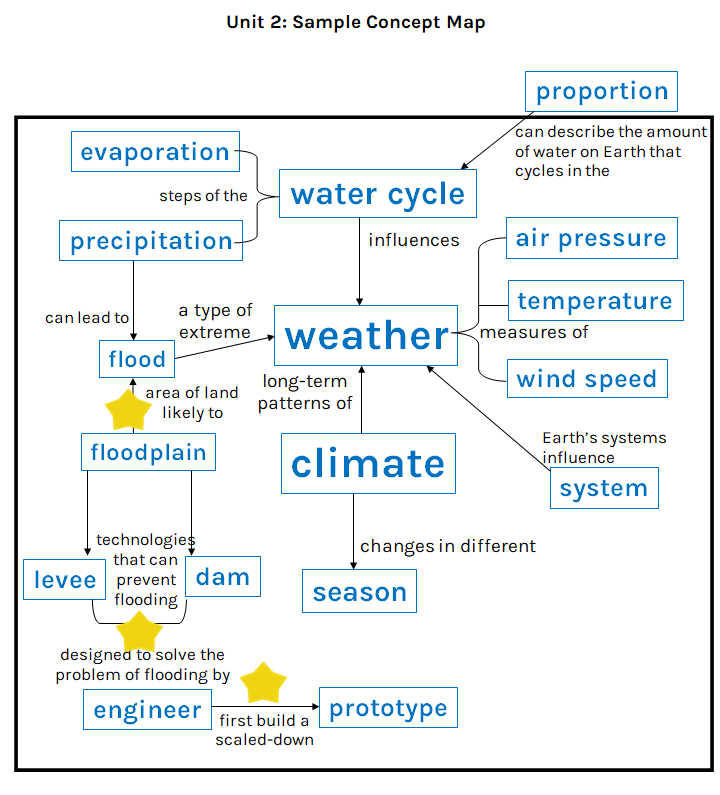 Students could work with that thread in order to build it out. In this case, you see this is a shot from a classroom where these first graders designed dams and levees to understand how materials and fluids interact and how you may engineer a solution to that problem.

In summary, in the context of a next generation science classroom, the role of the anchor phenomenon is as something that can be discussed and pulled apart so that the black box of concepts expands as students grow their network of understanding.

Questions or problems will emerge, giving us an opportunity to investigate, to actually experience some element to that phenomenon and, through that investigation, get data.

This then allows students to reflect back on the broader context.

As Dr. Elmore said, “Learning is not the accumulation of information… it is the ability to consciously modify beliefs, understandings, and actions in the presence of evidence, experience, and reflection."

To develop this kind of learning, we need to ask questions that require students to engage in the thinking moves, that require them to construct an opinion or a belief and then, through the ideas of others and evidence gathering, modify those understandings or beliefs as a result of facts and evidence and experience and engage in deeper reflection.