Innovative companies like iRobot face many of the same challenges as teachers and school districts that are adopting and beginning to implement the Next Generation Science Standards.

This was one takeaway from a keynote address given by Tim Saeger, executive vice president of engineering for iRobot. Saeger spoke to a group of 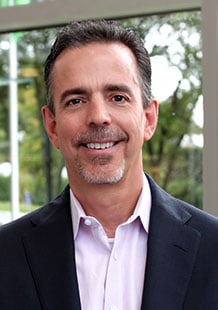 more than 200 educators earlier this month at the TEACH Conference, held at Reading High School in Reading, Mass., about his path to innovation and how he works to promote innovation at his company.

Saeger highlighted the challenges facing his company as they strive to remain competitive and innovative. He also emphasized that a science education that just teaches students the “right” answers isn’t going to adequately prepare them for next generation STEM careers.

Instead, Saeger said, the most important part of a STEM education is teaching students how to think. This is because there are often no easy or “right” answers in the real world.

Rather, there are new questions to be answered and problems to be solved that have never been answered or solved before.

Listening to Saeger, three key strategies emerged that educators and teacher leaders can adopt to help them make the shift to creating next generation environments in the classroom.

The first two strategies are where the eight practices of the Next Generation Science Standards come in. Students must internalize the skill of how to employ each of these practices to truly act as scientists and engineers would in the real world.

The 8 Science and Engineering Practices: 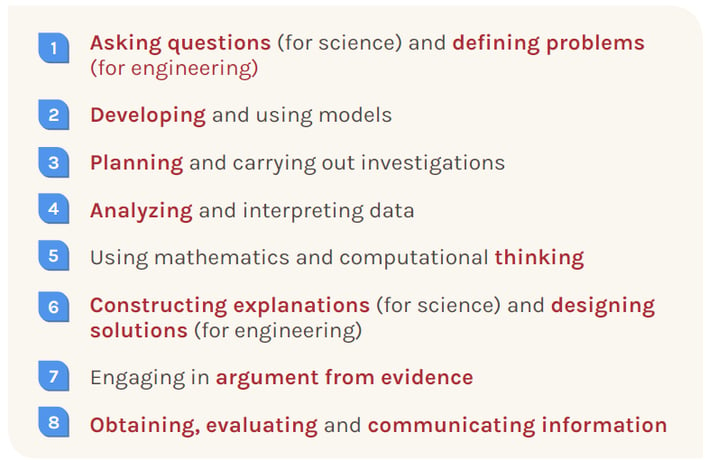 Similarly, students need to actually plan investigations themselves, all the way from the question to the conclusion. If students copy a prcedure off the board or follow a demonstration and then parrot back information they’ve already heard, they aren’t learning to think for themselves.

This leads to the third strategy.

This is important for both students and teachers as well. Schools and districts need to create a culture where teachers aren’t penalized for taking risks, for trying new things in their instructional practice.

And as students develop and use the eight practices, they will sometimes plan an experiment that doesn’t generate the data they expected, or that differs from other students’ data. Or they will design a prototype that doesn’t solve the problem.

Each of these is a unique learning moment, a chance for students to evaluate their process and their results, and to analyze why they got the results they did.

Making the Shift to a Next Generation Model

This was one reason the TEACH Conference happened. Its goal was to create a space where educators can meet their peers and share tips and techniques for how to create next generation classrooms where students learn to think and behave as scientists and engineers.

As several of the teacher attendees observed, some days might be harder than others, and sometimes the change might be almost imperceptible.

But like all great innovations, the payoff will be worth it because it will result in a generation of young people who can think critically about the world around them and take an active role in solving society’s most pressing problems.